Alan was born and educated in New Zealand. He moved to Australia in the early ‘70s, taking out Australian citizenship but secretly supporting the All Blacks ever since. He became Editorial Cartoonist for The Bulletin from 1973 to 1979, moving to the Brisbane Courier-Mail from 1979 to 1984. He is currently an editorial cartoonist for the Sydney Morning Herald.

During this time he has also published several books.

He has four grown up children; Nick, Virginia, Miranda & Bridget.

He lives on the south coast of NSW with his wife Diana.

His work is held in collections in Australia and overseas including: 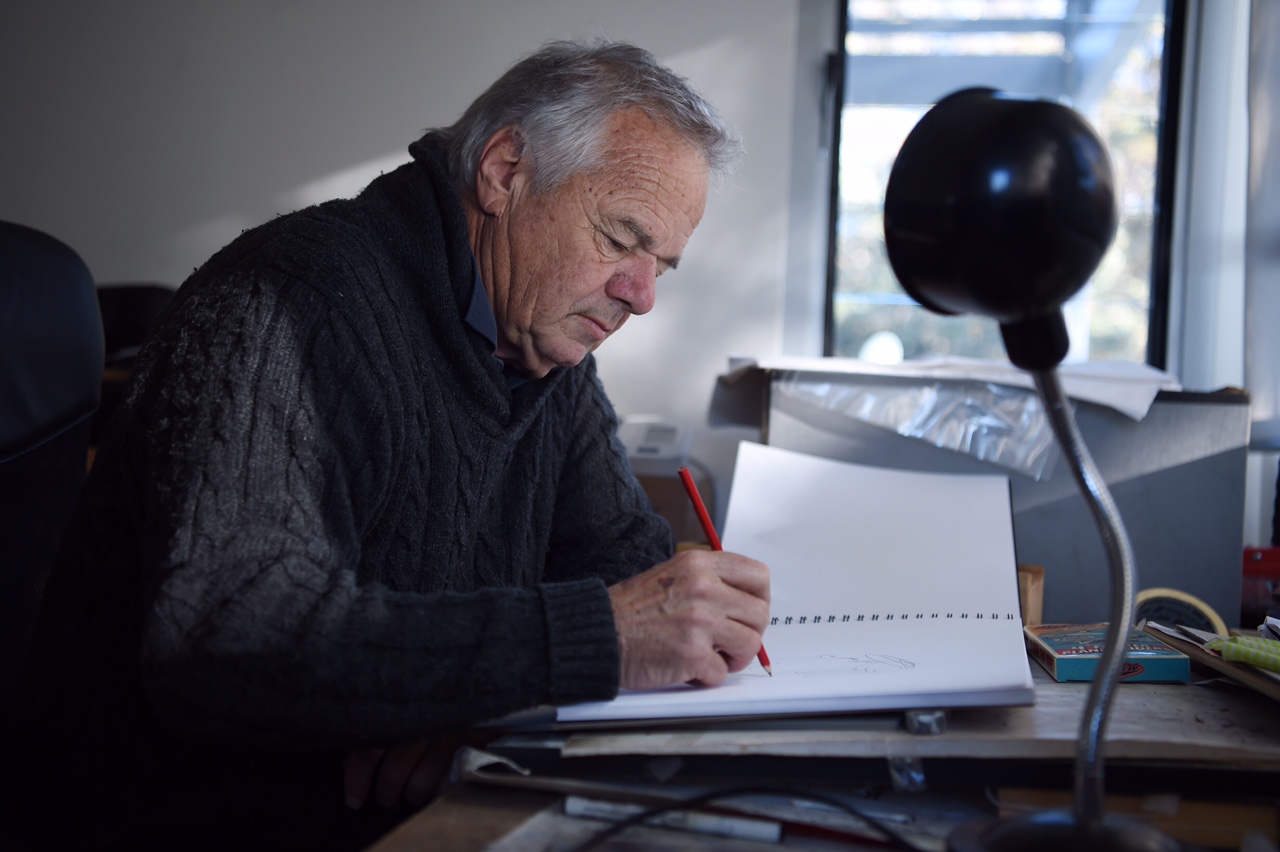